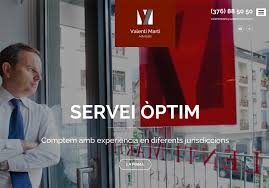 Click here to read more about the Law Firm

Actua Program is the Government bureau to promote the economic opening of the Principality.

Financing the MIT Massachussets Institute of Technology to create the Andorra Living Lab. A project defining a big data with the information data provided from a Country activities.

«Andorra and Changing Places at the MIT Media Lab are taking the challenge of turning Andorra into a “Internationally Recognized Intelligent Country”. The Andorra Living Lab project combines different research topics (Tourism, Innovation, Energy & Environment, Mobility, Dynamic urban planning) for the future urban challenges of the country. We are collaborating on a unique initiative providing Andorrans research, knowledge, methods and tools to carry out such transformation.»

Click here to read the latest information from Actua.

The Andorran Business Confederation (CEA), consolidated as a representative entity of Andorran business associationism, in accordance with the founding objectives defined in 2006, has made an active role of dialogue with Andorran business, institutions and Andorran society Generally.

We have as a priority objectives the integration, promotion, communication and growth of both affiliates and individual companies, devoting efforts to the promotion of the country both in the economic and tourism field.

Also, the CEA carries out an active work to promote the new ideas of entrepreneurship and the young  entrepreneurs  supporting the future businesses of Andorra.

In the project IWAND Invest With Andorra, the CEA has named some Ambassadors to help expanding abroad the recent process of economic opening and growth of Andorra. Those Ambassadors could represent CEA in the Economic or Cultural or Sportive fields. Giannina Tacca has been named Economic Ambassador for Italy, Texas and Mexico.

we are based in Andorra to help you grow financially

we can help you with administrative procedures to install your residence

we have more than 30 years of international business background

Trust and Professional team to help you with fiscal, legal and business strategies